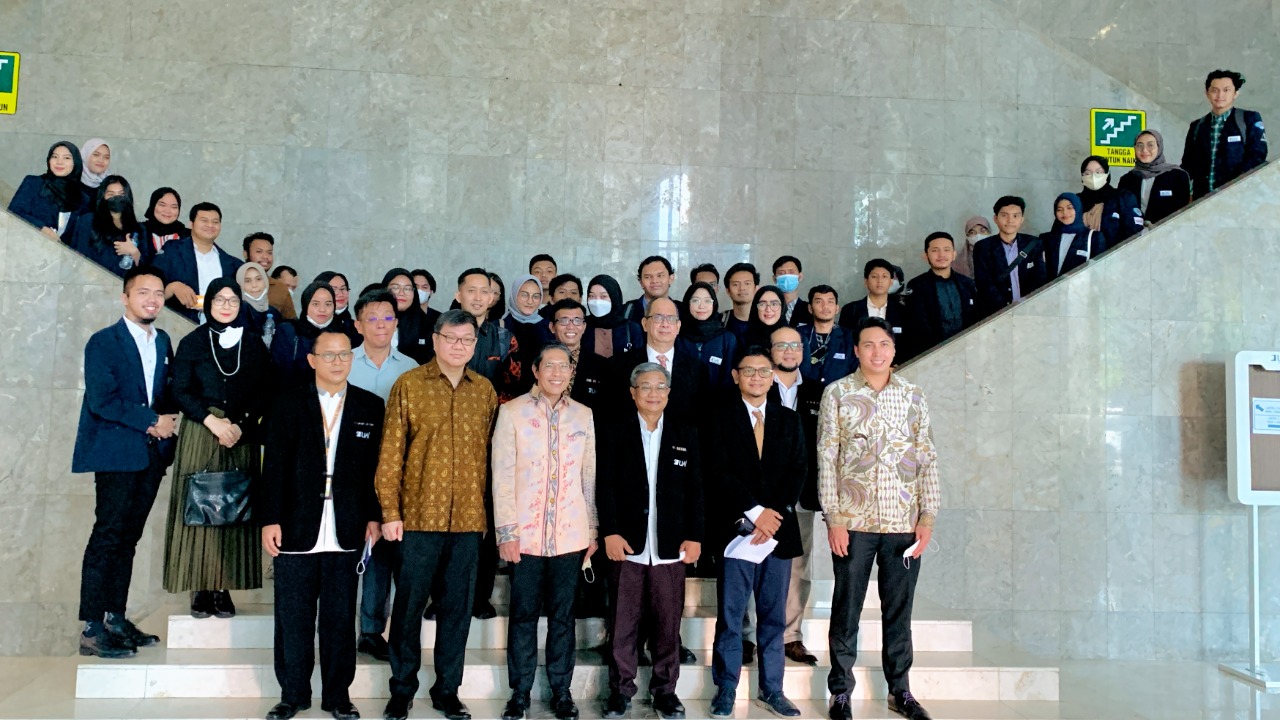 Indonesia-Singapore bilateral relations have entered their 55th year. These on-going bilateral relations can be stated as a firm, trust-based relationship between the two countries. After entering a better situation during this pandemic, H. E. Mr. Dr Mohamad Maliki bin Osman, Minister in the Prime Minister’s Office, Second Minister for Education and Second Minister for Foreign Affairs of Singapore to Indonesia, spent his time visiting Jakarta as the first momentum of his state visit to make a dialogue with the students exclusively in enhancing cooperation for higher education between Indonesia – Singapore at University Al-Azhar Indonesia (UAI) on September 5, 2022.

His Excellency’s visitation aimed to give students a room to discuss about the foreseeable future of education between two countries that meets everyone’s goal, especially for the young generation both from Indonesia and Singapore. In discussions with students, he pointed out several points that need to be addressed in terms of enhancing cooperation for higher education between Indonesia and Singapore. Some of these points are: (1) How to overcome the nationality crisis, (2) The importance of firming national and regional security, (3) How to minimize the inequality gap, and (4) Building trust, invest and collaborate, and see everything as an opportunity as the key.

In overcoming the nationality crisis and to minimize the inequality gap, His Excellency provided an example of the solutions that have been applied by the Singapore government. Some of which are the implementation of the Singapore Government’s bilingual policy. English is promoted as the “working language” of Singapore for inter-ethnic communication, while the other official languages are considered “mother tongues” of the major ethnic groups. Consequently, people still can communicate by using their mother-tongue yet still connected with the international community as well. He also highlighted how the distribution of resources is the key to overcoming this issue.

Moreover, not only on investing in human resource development at a very young age, but also in terms of firming national and regional security, all we need is building trust, and see everything not as a threat, but as an opportunity to build a stable relationship to invest and collaborate further (FA & TSH).

IPB College of Vocational Studies Ready to Cooperate with UAI

In order to provide a quality education, several universities in Indonesia make collaborative efforts to…